Shirley, you do not. The wonderful bed from Hell and staying busy. 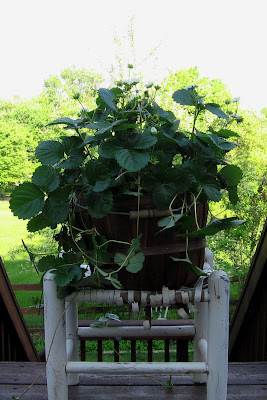 Just so any folks out there think that I'm just a shallow girl dabbling in only decorating and other mere whimsy. The things you read about here are sandwiched between many marches against war (4000 years +, I believe), Doctors Without Boarders (typo intended), Whales Without Borders, and finding Palestine a reasonably-priced piece of real estate (2000 + years, I believe). 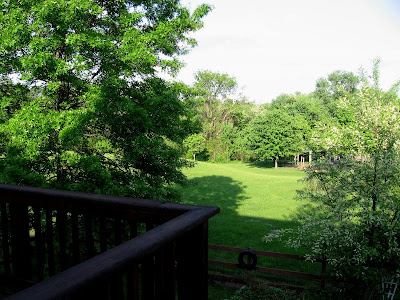 Har, har...it was one of my longest-time bff's, Julia, who noticed, through my blog posts that I'd been trying to save the world, albeit a small area at a time, still too focused and overwhelmed by the injustice in the world. I was about 20 minutes away from being a certified Professional Civil Rights Activist when she spoke up. She suggested that I try keeping it more local than global. Was it she who first said, "Think globally, act locally."? Of course she was right...but I get credit for listening...and I've lightened up. I'm glad I did the Jena Six thing and wrote letters to the editors of our newspaper every other week, and worried about people I cared about whether I knew them or not. I still fully believe in the mantra I grew up saying every morning before school started, "...with liberty and justice for all.". But I'm not solely responsible and I can't feel guilty about the ones that fall through my cracks. Sooooooooo, this is what I do in between saving the world one well-decorated home at a time, starting with my own and being a semi-pro civil rights activist. 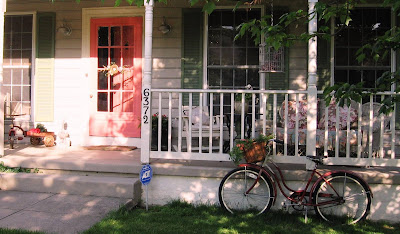 This is a Highlight's Magazine moment...do you see the difference between the above photo and a couple of other previous photos? If you guess the right answers, you win a life. Bueno suerte. 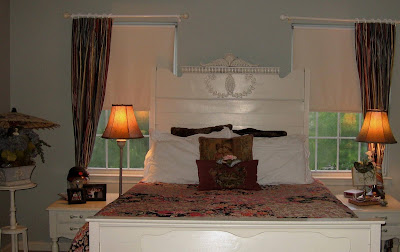 I bought this bed from the woman I was consigning it for. She had said that it'd been retro-fitted to be a queen bed. It was stained oak but, not having any qualms about not being a purist, I slapped some cream colored paint all over it. I instantly loved it! Then it dried and it was time to put it all back together. Oopsy, the woman was wrong or confused; the bed was not ALL the way retro-fitted. It had been made longer but not wider with the rails, durrrrrr, you can't make a bed wider than the headboard and foot board for a box springs to fit in. So I dragged the box springs out into the front yard with my saws-all and cut it down. DON'T TRY THIS AT HOME...IT ONLY WORKS IN THE MOVIES WITH LOTS OF SMOKE AND MIRRORS. Return it or invest further in a double size box springs? I'm guessing you got it by the photo above that the decision was the latter. And I heart it...how could I not, right? My Mother's Day gift-yeah! 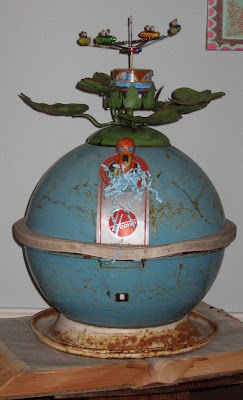 Another Highlights before and after quiz. Same prize but you may enjoy the process more than anyone wants to know. I have finished above assemblage...for now...it's perfect, eh? 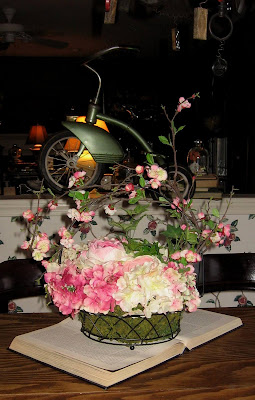 Here is the "Can you guess the new collection?" portion of our challenge. This should be easy for the ones who have just dropped their training wheels recently. Surely I'm not the only one who likes seeing things from different angles on a regular basis or sees how a little to the left can make something previously seemingly ordinary extraordinary. Surely. 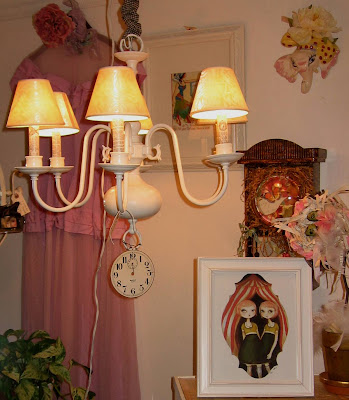 But I haven't just been doing things for myself. Above is a chandelier I took from builder's brass to beautiful cream and added a little edge with the clock face, deco dictionary pages on the arm sleeves and a little class with pretty shades, voila. 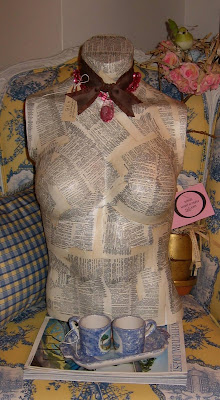 And decoupaging this bust was a little challenging but turned out better than I worried with a little "atta girl" encouragement from Nene. 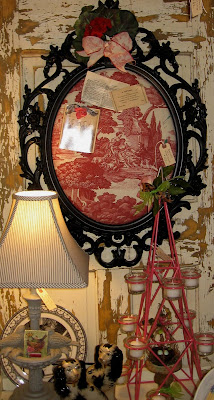 Another project piece that's been laying around for over a year. See, having this deadline of moving out of the shop has pretty much lit a stick of dynamite under my butt to get these projects done and out there in case an adoptive parent is looking for them before June 1. 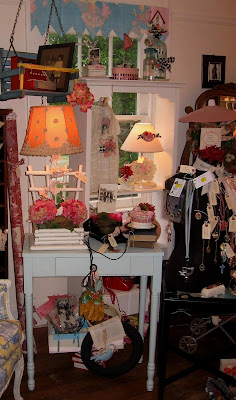 Taking these photos gave me another "gulp" moment, oopsy, how'd that reality check get in there? Shoo! 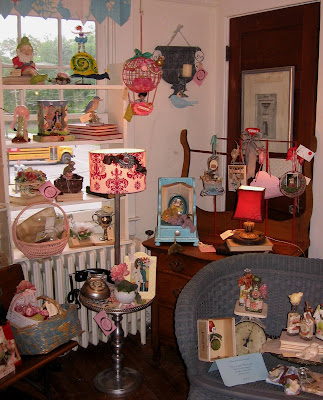 The "Cabbagites" are giving me a going away dinner next week; I'm so honored. I forced them to have it at my house so I'm sure to not have to clean again for several months. Of course I'll take party pics. 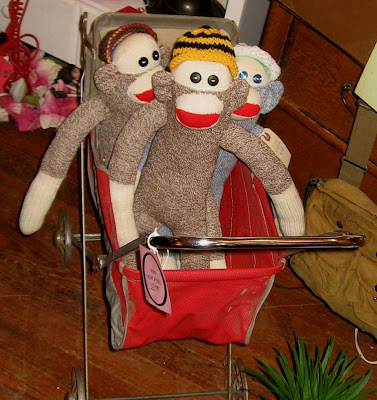 Unless one of my mamma's Three Stooges get adopted soon, I'll have them to keep me company during the day. School is out in a month, Matt and I are going to Texas for a few weeks (Can you say, "...hotter than July"?), and there's always the pool until school starts again. Then I have to decided what I want to be when I grow up. That gives me time, right? Oh I'll still be doing my art; I have several options for venues, but I think I'm going to want to do more than art and be a housewife. We'll see. Until then, we are off to Longgggga Island and NYC this weekend. Yep, photos not optional.
Posted by Doojies at 9:16 PM

Love the Highlights moments!!!! You are such a world changer... keep it up...

Stephanie, I can't find your email, so hope you're checking comments. I bought your radio cabinet 2 weeks ago, and am jonesing for another big piece from your shop, but want to know if it's still there. Can you email me?