Justin was supposed to fly in weekend before last but the flight got cancelled due to our snowmeggedon.  So, unless you've been under a rock, we've been stuck inside most of the time.  He could have been stranded here all this time. 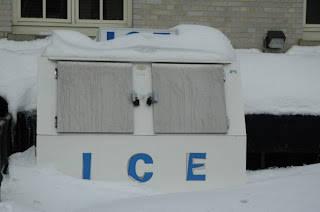 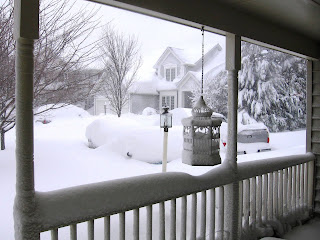 On the other hand, I could have gone there (Texas) and gotten stuck during the time when they were fishing and frollicing in the sun.  But nooooooooo, I didn't think of that. 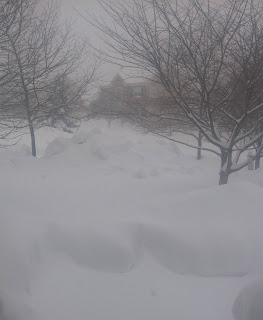 Okay, maybe I did for a moment but I know he wants to see us but he's also homesick for here and his buddies.  It wouldn't have worked out all that well since he wouldn't have been able to see and hang out with his buds and he'd a been inside with US for how-knows-how-long.

Here's the snow blowing through the screen into the windows.  It was like The Birds only we named it The Snow.  It was trying to get at us-scary. 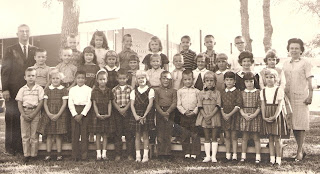 In the end something really good came out of it.  I spent most of every day perusing my old photo albums and yearbooks finding the greatest photos.  I scanned and cropped them all then downloaded them onto Facebook, tagged them, then let the others in on the fun.  I loved every minute of every part of it.  Since then I've gotten over 100 comments and emails from people so surprised and happy.  "Where did you find this?" , "When was that taken?", and a lot of, "Thanks so much for doing all this, it's great fun.".  Above is the photo of my first grade class.  I was so blessed to grow up in a great place, Bryan, Texas.  Most of us went to school first through 12th grade.  As they say, kids spend more awake time at school than they do with their families, so we literally grew up together.  And after almost 35 years we are still like brothers and sisters to each other.  I was one of those who ran away from home as soon as possible and stayed away for most of these 35 years, so reconnecting with everyone has been fabulous.  It only took 34 years but I believe, if they took a vote now, I'd be the most popular girl in school!
Posted by Doojies at 7:11 PM