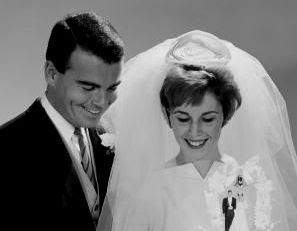 This is a true story and I thought it was funny. The names and other details have been changed to protect the innocent. I'm not sure you'll find it funny; maybe it's just because I know the parties pretty well...but here goes...A friend of mine, we'll call her...umm...Tiffany..., is planning to go see her family in...umm...Idaho soon and all plans have been put into place for a while-flights made for her husband, son, and her, etc. Tiffany gets a phone call from her sister...umm...Mallory, saying that Mallory's ex is getting married in Detroit and wants their son, Darren, to be at his wedding. The ex's name is Earwick. Earwick is a little compulsive but also controlling. Earwick has known his fiance, Nancy, for only 5 months (I'm not saying...Paul and I knew each other 5 months when we got married, too). An interesting thing, I think, is that Earwick and Nancy met each other at a conference; he lives in Idaho and she in Detroit. After several phone calls back and forth they decided they are soul mates and that they should get married. They have seen each other in person twice. Nancy's divorce from her 20 year marriage was finalized a week ago. So Earwick flys to Detroit to see Nancy and make wedding plans. They decide to marry immediately. Earwick calls Mallory and says that they want to get married and have Darren there smack-dab in the middle of Tiffany and family's trip to Idaho. Mallory is Buddhist and a good person so she wants Earwick to be able to have Darren there but doesn't want to have Tiffany's visit interrupted by something which seems so spur of the moment. In the end all is resolved and revolves around the wedding and Tiffany's visit. The most compelling reason Earwick had for having to have his son Darren there? "He missed my first two weddings". The End.
Posted by Doojies at 5:23 PM

Wierd! I know a family with the exact same story. Funny how that happens. So did you get to go to Earwicks previous marraige to Mallory. I don't remember that one but I bet it was fabulous!!!!!

Well, the girls at the club say that there never really was a legal marriage or divorce! That could be the only reason why you weren't invited although techincally Darren was "there" for the "second".